What is Spherical Quartz SiO2 Powder?

How serious are fertility problems today? People don't want to give birth,can't afford it, and can't give birth that has become the "three mountains".
The problem of childbirth is related to the people's livelihood. Whether a country can prosper or not depends on the population. I saw a set of data a few days ago. The data shows that on January 1, 1990, 2,784 babies were born in Shanghai. Ten years later, on January 1, 2000, 1,148 babies were born in Shanghai. In 2010, the number became 380. , 2020 only 156 people, the decline in the birth rate is shocking. The three most critical reasons are: I don't want to give birth, I can't afford it, I can't give birth! The decline of the global population will bring a series of economic and social problems, among which the demand for spherical quartz powder will also be affected.


Physicochemical Properties of Spherical Quartz SiO2 Powder
Spherical quartz powder has the advantages of a smooth surface, large specific surface area, high hardness, and stable chemical properties.
First of all, the spherical powder has good fluidity and can stir with resin to form a film evenly. The addition amount of the resin is small, and the filling amount of quartz powder is high. The mass fraction can reach up to 90.5%. The higher the filling amount of quartz powder, the lower the thermal conductivity, the smaller the thermal expansion coefficient of the plastic sealing material, the closer to the thermal expansion coefficient of monocrystal silicon, the better the performance of the electronic components produced.
Second, the stress of spherical powder is only 60% of that of angular powder, and the stress concentration of plastic sealing material made of spherical quartz powder is the lowest and the strength is the highest. Therefore, when the integrated circuit chip is encapsulated with spherical powder plastic packing material, the yield is high, and it is not easy to produce mechanical damage during transportation, installation, and use.
Third, the surface of the spherical powder is smooth, the friction coefficient is small, the wear of the mold is small, and the service life of the mold can be extended to more than 1 time. 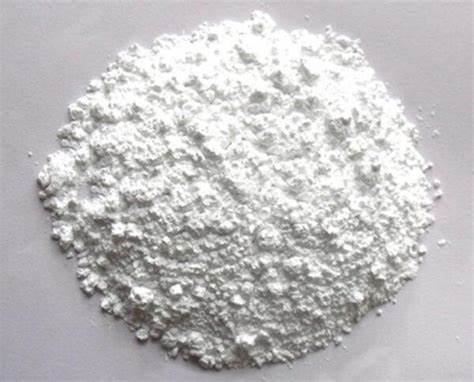 Preparation Methods of Spherical Quartz SiO2 Powder
The preparation methods of spherical quartz powder mainly include flame melting method, plasma heating furnace method, chemical synthesis method, and hydrolysis method.
1. Flame melting method: The principle of ball forming is that a high-temperature flame gun ejects 1600-2000℃ high-temperature flame, when the powder enters the high-temperature flame zone, its angular surface absorbs heat and is molten, heat is further transferred to the inside of the powder, powder particles are completely molten.  Under the action of surface tension, the object always tends to the stable state, and the spherical state is the most stable state, so as to achieve the purpose of the product ball.
2. Plasma heating furnace method: Hot plasma is also known as local thermodynamic equilibrium plasma, whose main feature is the temperature of the local electron (Te), the ion (Ti), and the gas (Tg) in the plasma are almost the same. Arc plasma, high-frequency plasma, and induction plasma all belong to thermal plasma.
Using the high-frequency plasma melting method to prepare spherical quartz powder, moderate temperature range, stable control, and high yield can achieve a higher spheroidization rate, so it is a more suitable production method. Its principle and process and the principle and process of the flame melting method are similar, only with the difference that the high-temperature heat source is changed to a plasma generator.
3. Chemical synthesis: At a certain temperature, the silica sol emulsion was treated with ammonia or ammonium bicarbose to get spherical gel, and then the gel was treated with acid to get hydrated spherical silica, and then refined and heat-treated to get spherical silica powder to meet the needs. It is characterized by low uranium content and the disadvantage is that the product is easy to agglomerate.
4. Hydrolysis method: The liquid SiCl4 is added to the deionized water with different dispersants at a constant speed, and the hydrolysate is stirred at a high speed with a quartz rod at the same time. After aging, washing, and filtering, the hydrolysate is dried and dehydrated to constant weight in a constant temperature box of 100℃-200℃and transferred to the high-temperature sintering furnace. High purity spherical quartz powder with desired particle size can be obtained by high-temperature sintering dehydroxylation and crystal shape conversion at different temperatures.

What is micro silica fume for concrete

What is Titanium Carbide TiC Powder?

What is the applicable scope of FeSi2 iron disilicide powder?

What is composite concrete foaming agent…

Recently, some countries are short of electricity, or seek energy solutions, will this affect the bhutan travel from bangladesh…

How amazing is graphene?…